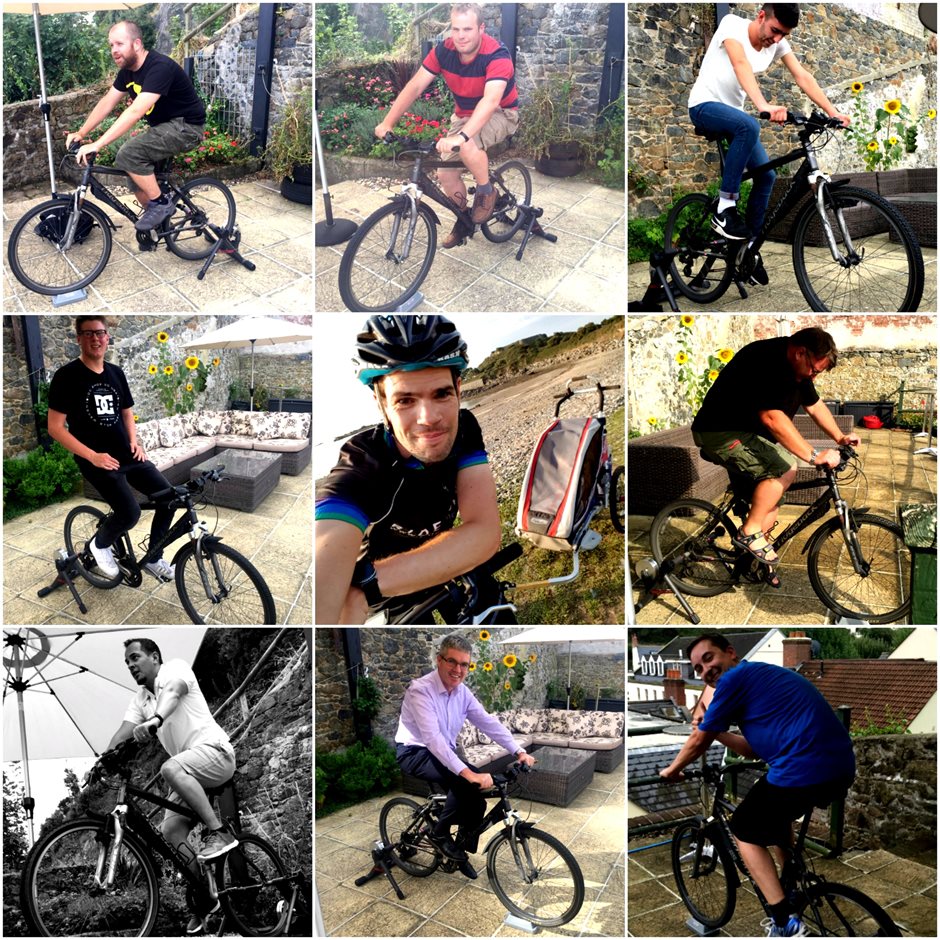 The riders, who completed a 650-mile cycle journey from St Malo to Bilbao, were welcomed by their families and friends at a special party held at Urban Kitchen on Sunday 18th September, where the cyclists, organisers and support team had the opportunity to share their experiences and enjoy a well-deserved drink.

To celebrate the incredible journey and efforts of the Tour de Sez team, First Central Group employees at their offices in Guernsey, Gibraltar, Haywards Heath and Manchester, set themselves the task of cycling with Ken and the team on every leg of their journey in an initiative called ‘Keep up with Ken’.

The combined efforts of all employees who took part totalled 1,537 miles – most of which were cycled on static bikes set up in the offices.

Team Guernsey came out on top, cycling an impressive 810 miles with employee Dan Edmunds individually cycling 189 of them. In second place was our Gibraltar office, Skyfire, cycling 552 miles and in third place was 1ST CENTRAL offices in Haywards Heath and Manchester, cycling 175 miles.

Employees received free personal fitness monitors to track their progress in the competition, and fresh ingredients were provided for people to make smoothies in the office Nutribullets to boost energy levels.

Group Chairman and Chief Executive Officer, Ken Acott, said: “It was great to be part of something so challenging but also so rewarding as well as raising money for a very deserving charity. We have some incredible memories to take away from the experience and I’m so proud of all the riders who took part. I also couldn’t have done it without the support of everyone at home, the ‘Keep up with Ken’ challenge was a great way for employees to get involved with the tour - I’m impressed with how many miles they all cycled.”