First Central Group to sponsor Proms on the Bay 2016 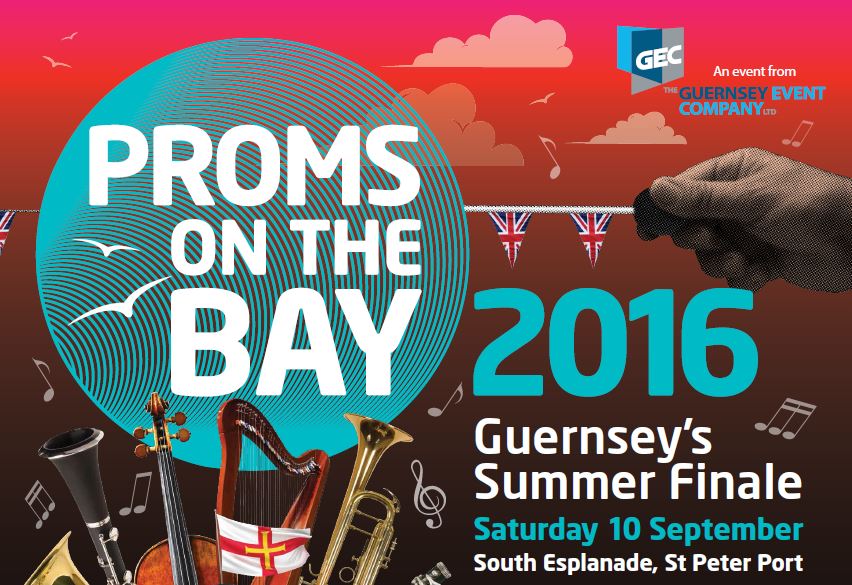 South Esplanade, beside Havelet Bay, is the new location for the newly named Proms on the Bay that will take place on Saturday 10th September 2016. And we're proud to be a principal sponsor of the event.

Colloquially known as Guernsey’s Summer Finale, Proms on the Bay will, once again, be a celebration of world class orchestral and choral musical excellence and the patriotism, singing and cultural history of the Last Night of the Proms from the Royal Albert Hall in London.

The Alidome Stage, which has made its mark at previous outdoor events in Guernsey, will be positioned at the bottom of the Val de Terres, facing north, and will be the theatre for both the Guernsey Symphonic Winds and the Guernsey Male Welsh Voice Choir, who will perform the first half of the Proms on the Bay musical programme.

The Guernsey Welsh Male Voice Choir was formed in 2003 when a group of Welsh expatriates at the Guernsey Rugby Club decided that Guernsey should experience the sound of their homeland. Since then, the choir has gone from strength to strength, performing at Rennes music festival, supporting touring Welsh choirs when visiting Guernsey and holding their own gala concerts. They consistently collect first prize in their class at Guernsey’s annual Eisteddfod and last performed at Proms on the Pier in 2014; the year they changed their name from Welsh Boys Aloud to the Guernsey Welsh Male Voice Choir.

Proms on the Bay is free to all to attend due to the commitment of local companies who provide the financial support for Proms on the Bay to happen and to be enjoyed by islanders and visitors alike.

Alex Bridle, Managing Director of the Guernsey Event Company, which organises the event, said: “Proms has been one of Guernsey’s most popular outdoor events for over 10 years and our sincere thanks and appreciation go to all the sponsors who enable us to stage such a comprehensive evening of world class music.”

Our Deputy Group Chief Executive Mike Leonard said: “We are proud to sponsor this event. Its popularity means it gets bigger and better each year. It is our aim to support and enhance the communities in which we do business and events like this give islanders an opportunity to get together and enjoy a wide range of musical entertainment alongside our picturesque seafront.”

Other principal sponsors of 2016 Proms on the Bay include Guernsey Arts Commission, Long Port Group and Zedra.