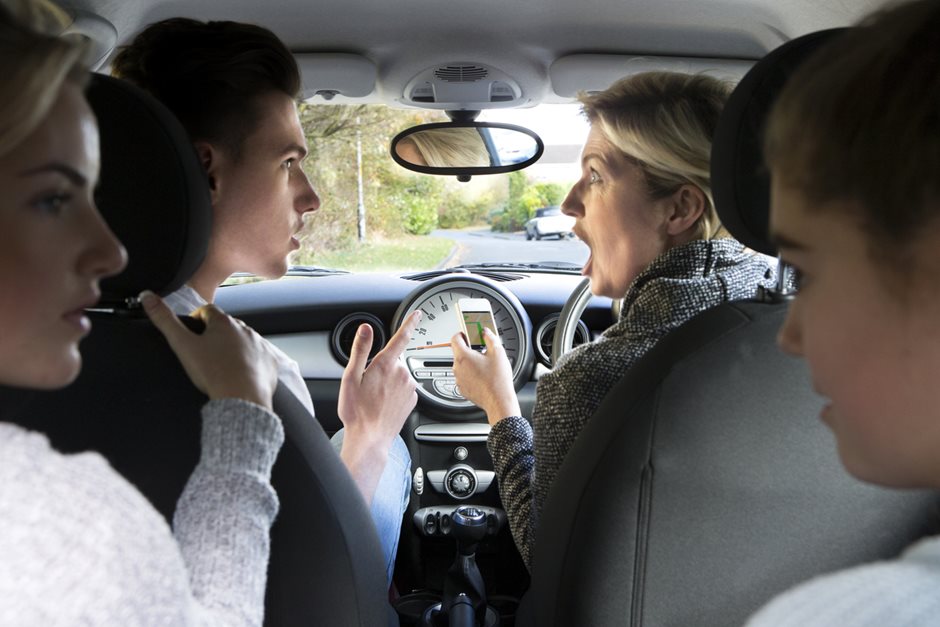 With the festive season on the horizon, UK families will be hitting the road in their droves for Christmas get-togethers. However, car insurance provider 1ST CENTRAL has revealed that the atmosphere will be frosty inside the car as well as out, with almost three quarters of these journeys (69%) filled with arguments.

The average family will last just 31 minutes into their journey before the first in-car argument kicks off, and one in 10 believe they will start arguing within five to 10 minutes of leaving their front door.

The results revealed that kids fighting in the car is the number one trigger for family arguments and nearly a third of parents (32%) agree that this distracts them from driving safely. Choosing what the family listens to on the radio is the next biggest cause of arguments (26%), followed by kids pestering mum and dad with the dreaded, ‘Are we there yet?’ question (24%).

To combat the arguments parents are turning to modern day solutions, with two thirds (60%) using technology such as VR headsets, portable DVD players, phones and tablets to keep their children occupied.

It’s not just the kids to blame though as technology was found to be a big distraction for drivers too. 12% of parents get distracted by their kids taking selfies in the car, with 14% getting more distracted by texts and social media alerts on their phone than by their children.

Dads were also revealed to be more easily rattled than mums, being nearly twice as likely to get distracted by texts and alerts (17% compared to 10%) and to get irritated by selfies (15% compared to 9%).

Pete Creed, Co-Founder and Chief Underwriting Officer at 1ST CENTRAL, said: “From children to technology, any kind of distraction can affect your driving and make the journey less safe. Whilst keeping children content can be a little more challenging, drivers should keep gadgets out of sight or switch them off to minimise the risk of distraction.”